Kristján Gudmundsson likes to see ‘the snake biting in its tail’ one could say. He is fascinated by closed logics after a simple work concept has been set. In Cause and Consequence (1976) he divided a square in three equal parts by drawing two horizontal lines. Then he decided to draw one line vertically, resulting in a correction paper transfer of six equal parts. In this first stage the effect is two lines and one broken line. On the second and third sheet of paper he did the same, yet in a different order. As a consequence the visual effect varies. Within the parameters of the concept all possible variations come to an end. KvG

In 1977 this work was for the first time shown in ‘Ça va, ça va’ in Centre George Pompidou, Paris, France. Three Icelandic artists Hreinn Fridfinnsson, Kristján Gudmundsson and his brother Sigurdur Gudmundsson showed together their works in ‘Les Galeries’ on the ground floor of the museum. 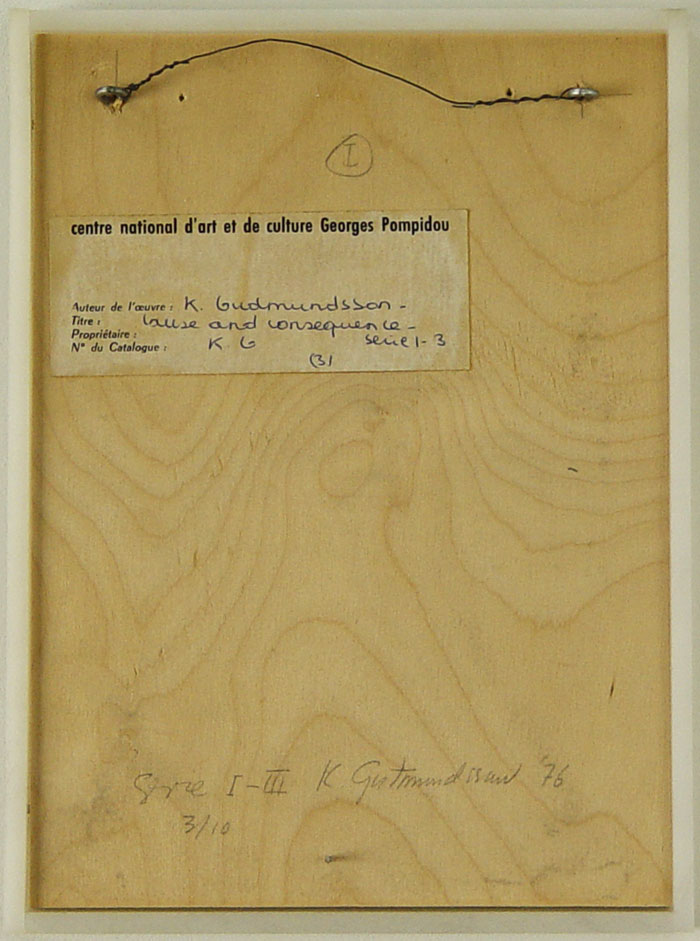