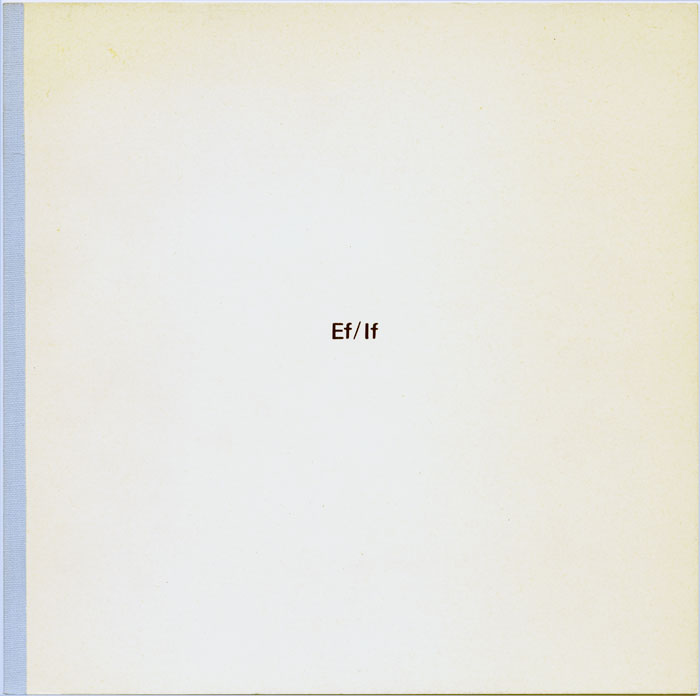 The works of Kristján Gudmundsson invite to contemplate on his method of working related to what his art encompasses. Usually texts on his works contain either personal memories or chronological summery. In fact, in many works he attempts time by time again to capture factual data into hand sized works, like here in this thin booklet that contains the amount of inhabitants of China, Tanzania and Iceland. In the middle of the last page a tiny bright white screen printed (sic) dot of 1 mm diameter may be detected, when exposed to strong daylight.
Right from the start the production of the book caused problems. In order to keep the costs low the text was prepared for the printer through adhesive letters, hence the dancing letters on the title page. The running direction of paper was not taken into account which caused waving binding. The very thin tracing paper of the first page stuck to the screen when printed. And the most problematic part of the book was the white circular dot of less than 1 millimeter on the last page; with a magnifying glass the print had to be checked every time, and more than quite often no dot at all could be detected; again a misprint or in fact no print. Not being well provided with enough production money Kristján Gudmundsson soon stopped the printing of the book. 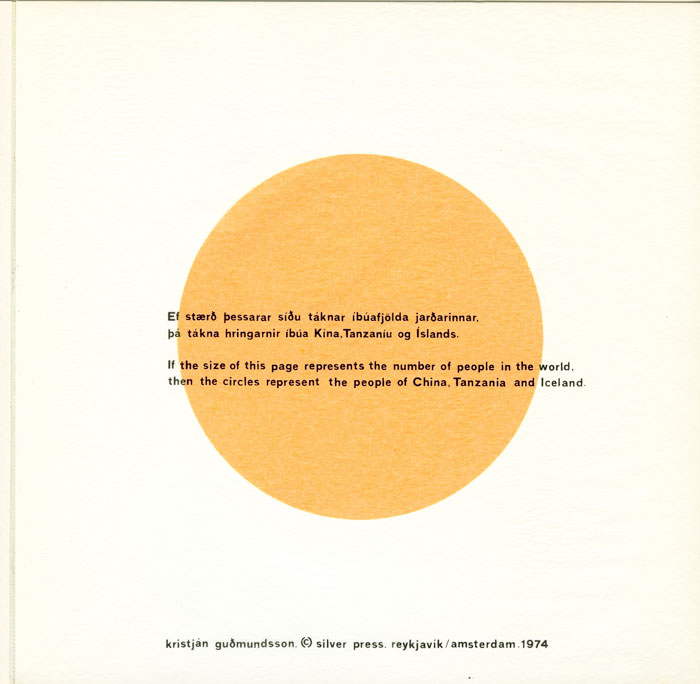 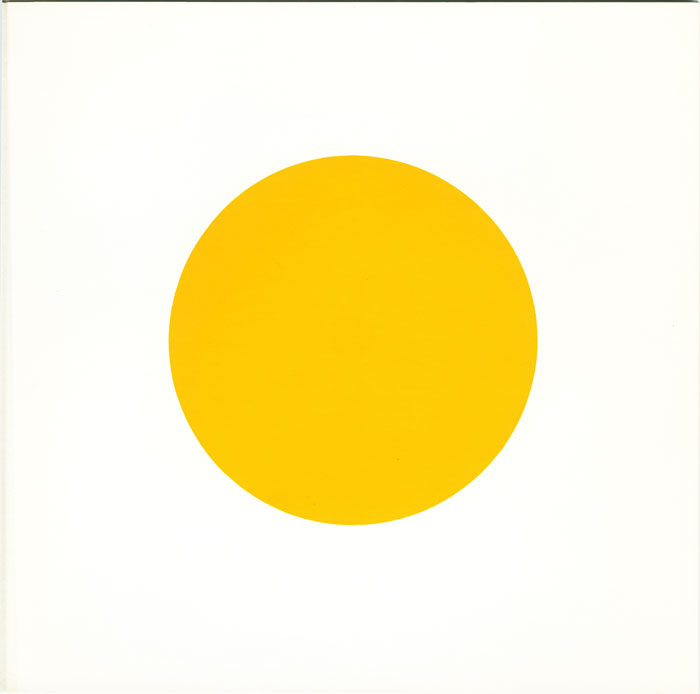 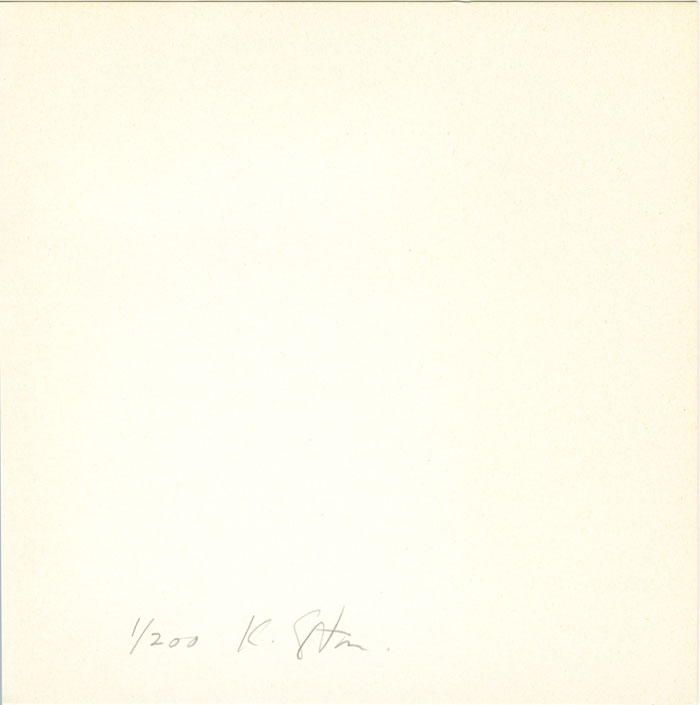