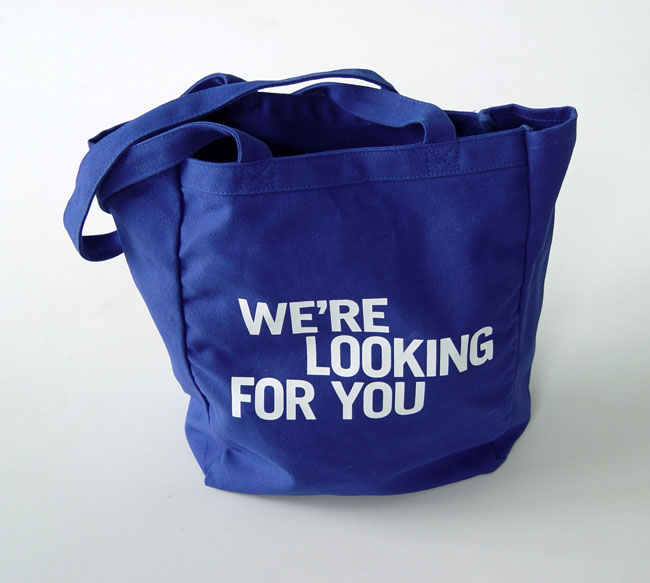 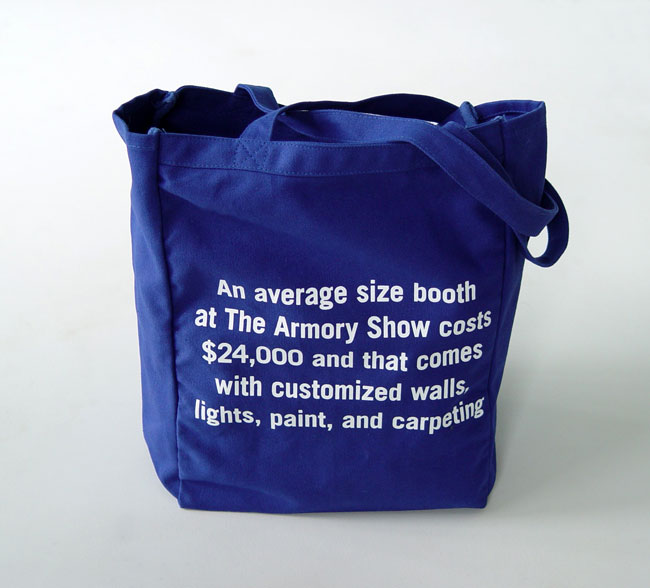 In August of 2012, The Armory Show invited Laser to serve as its commissioned artist. She accepted in October, agreeing to produce limited-edition artworks and to shape the visual identity of the fair through VIP cards, invitations, signage, Jack Spade tote bags, and employee T-shirts. Laser enlisted the help of market research analyst Ben Allen of Labrador Agency to conduct a series of focus groups with art consumers. She had The Armory Show invite members of the arts community—a range of collectors, curators, museum professionals, art advisors and critics—to participate in group discussions that would ultimately determine how she would lend her identity to The Armory Show. Laser conducted a series of six focus groups, each consisting of ten participants and lasting two hours. The first sessions in early November 2012 were devoted to “exploratory” market research in which participants were asked to characterize The Armory Show’s current status and the critical value of Laser’s work. They were then prompted to suggest how she might apply her artistic strategies most effectively to the fair. Based on feedback from the first sessions, Laser developed prototypes of art editions and visual motifs, which were “taste- tested” by later groups that convened in late November for what the artist deemed the “validation and refinement phase.” Laser’s video, The Armory Show Focus Group (2013), assembles the most useful viewpoints, culled from over twelve hours of focus group discussion footage