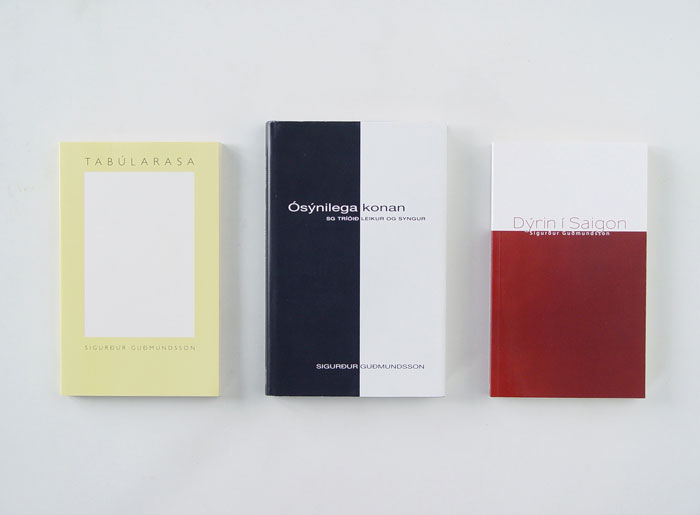 Next to being a visual artist Sigurdur Gudmundsson writes novels since 1993. Insiders in Iceland call the content of his books innovative and a remarkable addition to the Icelandic literature.

In 2016 his fourth book will be published, at a certain point also in English his new publisher Crymogea states.