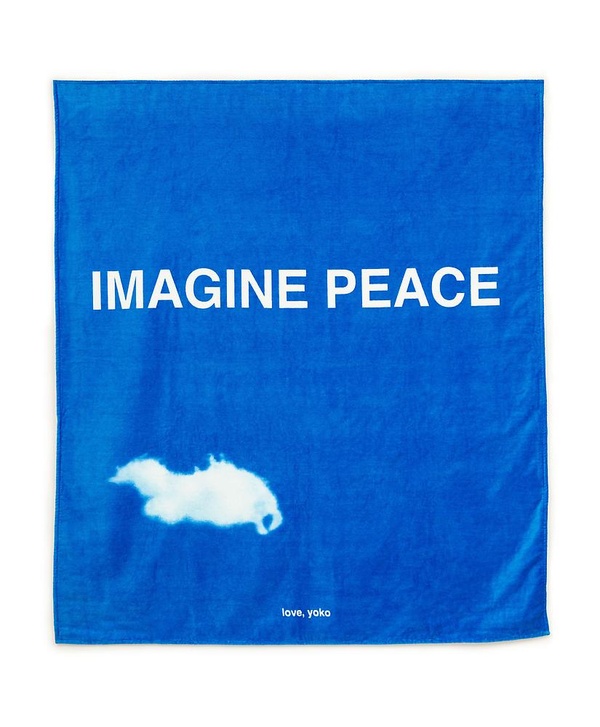 Imagine Piece is Yoko Ono’s worldwide initiative of anti-violence. This ongoing project uses internet projects, posters, thoughts, badges and a multitude of other medias to communicate its message of peace to the global community. Here she used a beach towel. The record ‘Imagine’ conveyed John Lennon’s wish for world peace and harmony in simple terms, both musically and lyrically. It fact it was inspired by ‘Cloud Piece’, an instructional poem dated Spring 1963 that appeared in Yoko Ono’s book Grapefruit:
Imagine the clouds dripping.
Dig a hole in your garden to
put them in.