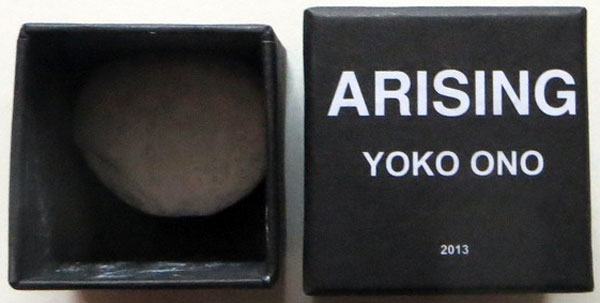 Yoko Ono made a call to women of all ages from around the world to send her their stories of how they had suffered simply because they were women, accompanied by a picture of their eyes. In this sense the “Arising” was a call expressed and visualized in Ono’s installation at the Venice Biennale in 2013. The pebble multiple “Arising” was issued on behalf of the Venice Biennale 2013.