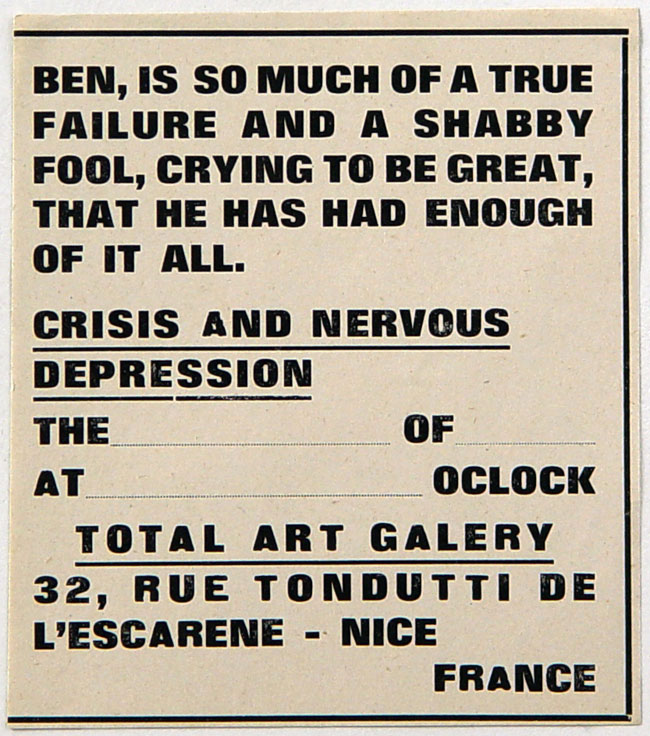 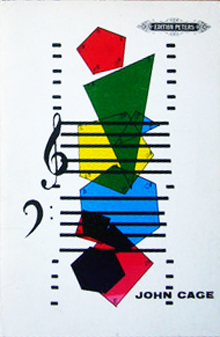 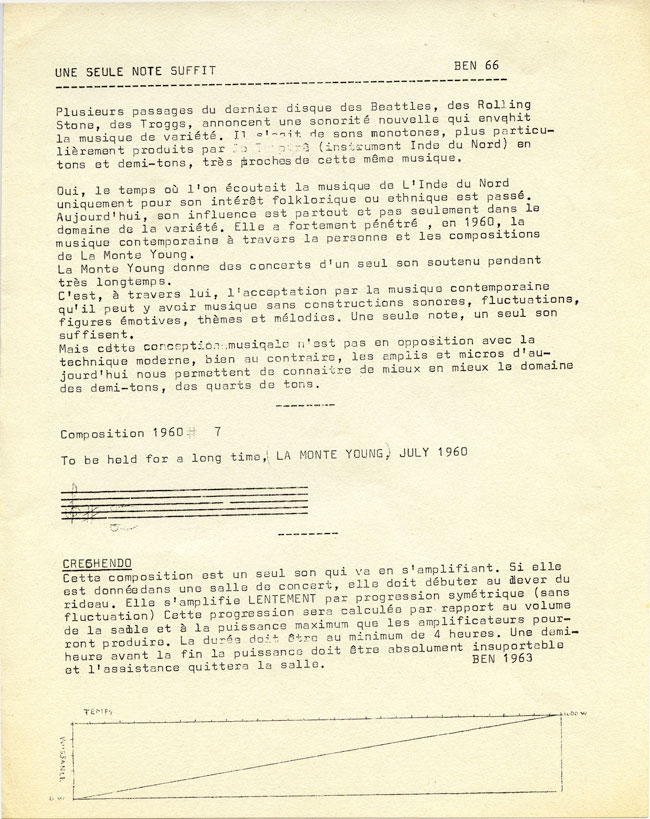 This publication is apparently part of the newsletters Ben Vautier sent out in the sixties. First there is an introduction by Ben on contemporary music being influenced by music from other cultures. He pleads with the reader to extend of what music should be by creating music with constructions, themes or melodies; a sole note is sufficient.
In the second part he presents “Composition 1960 #7” by La Monte Young and in the last part Ben Vautier presents a similar composition called “Crescendo” from July 1963. 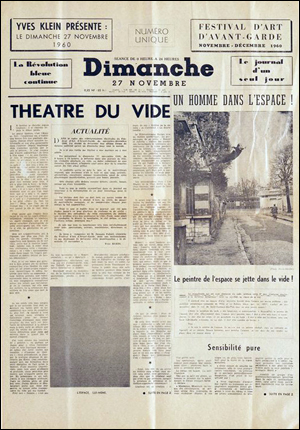 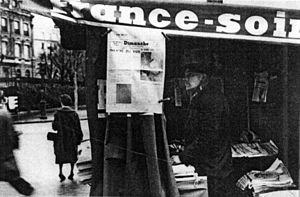 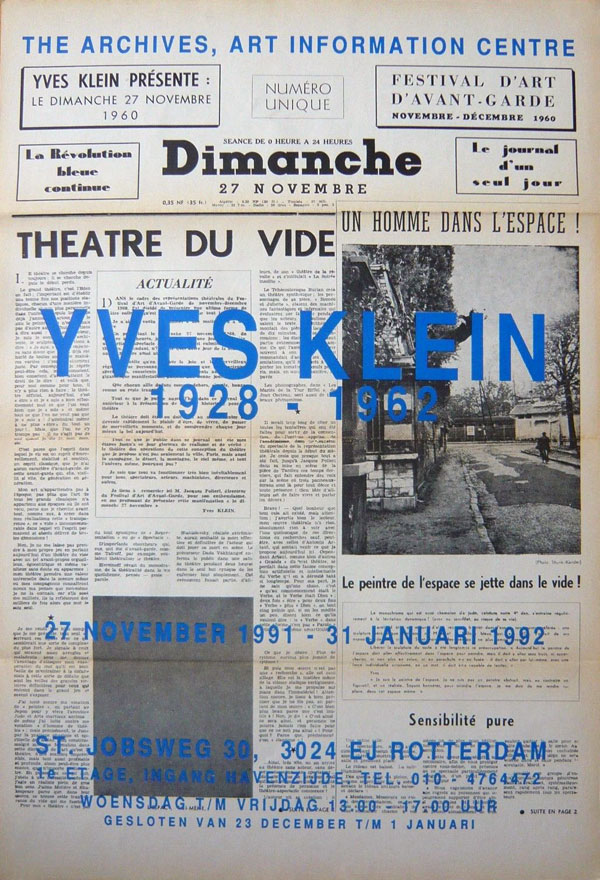 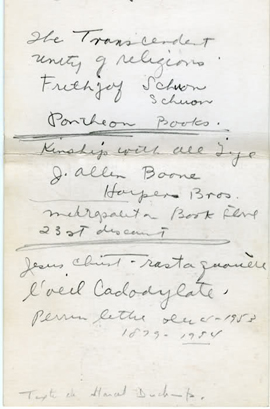 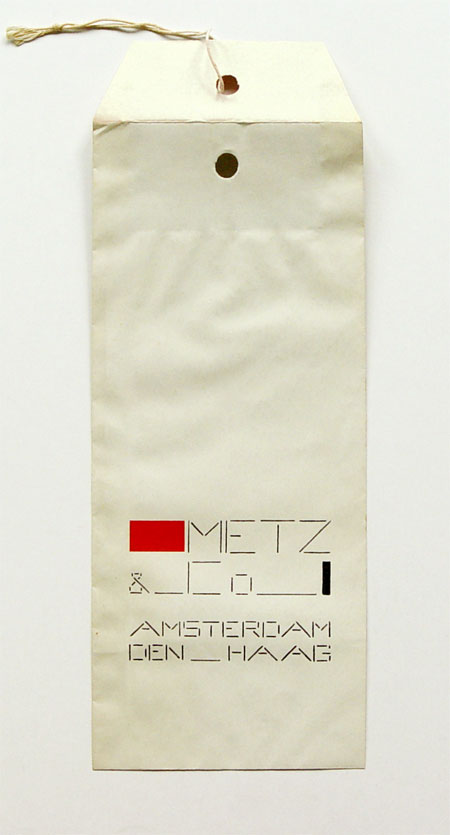 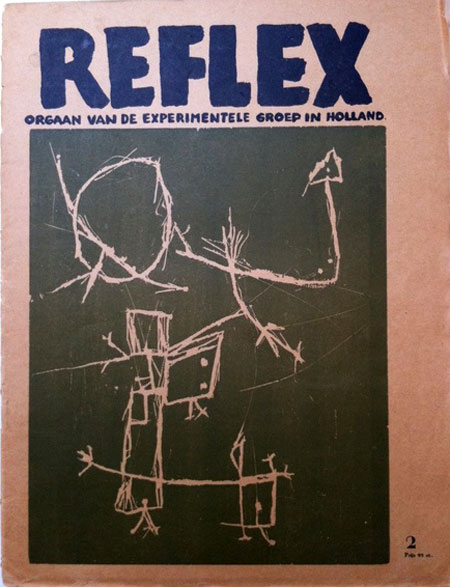 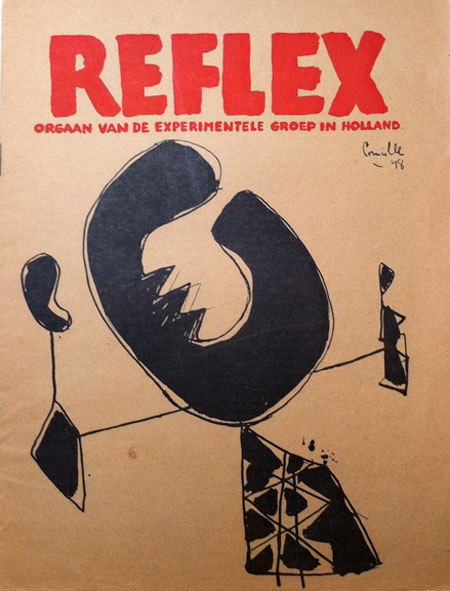 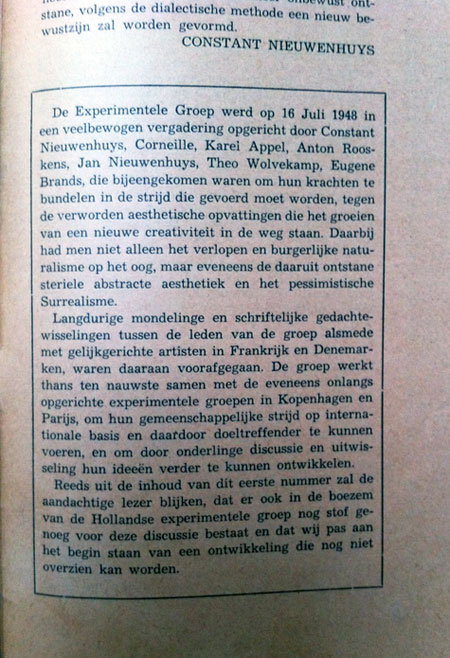 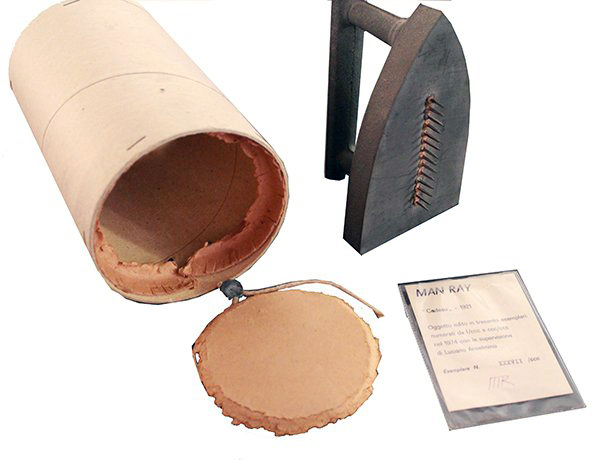 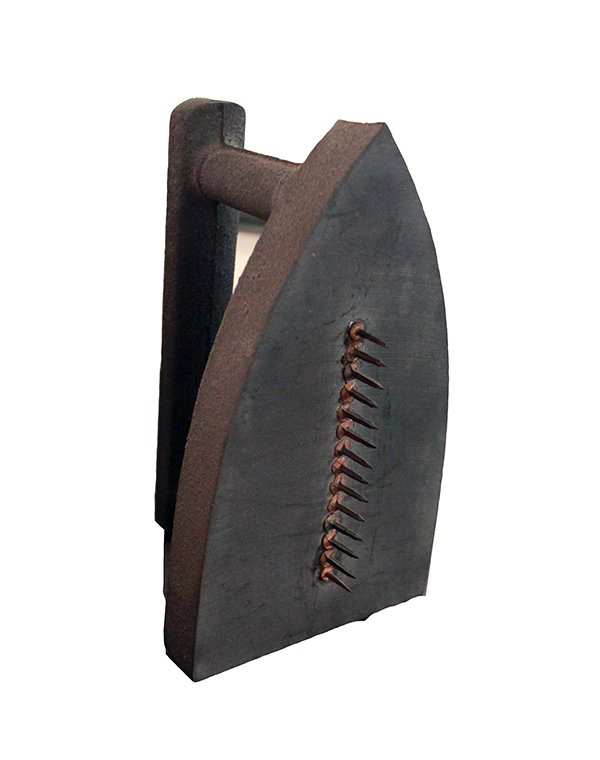 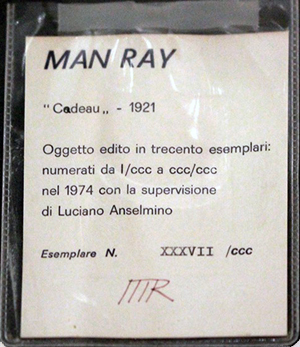 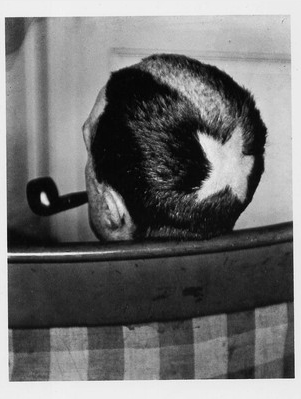 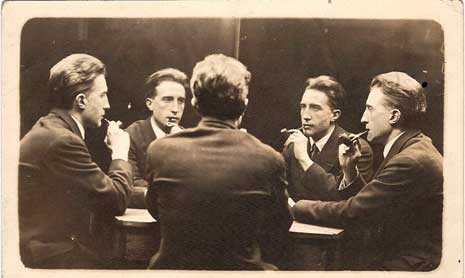 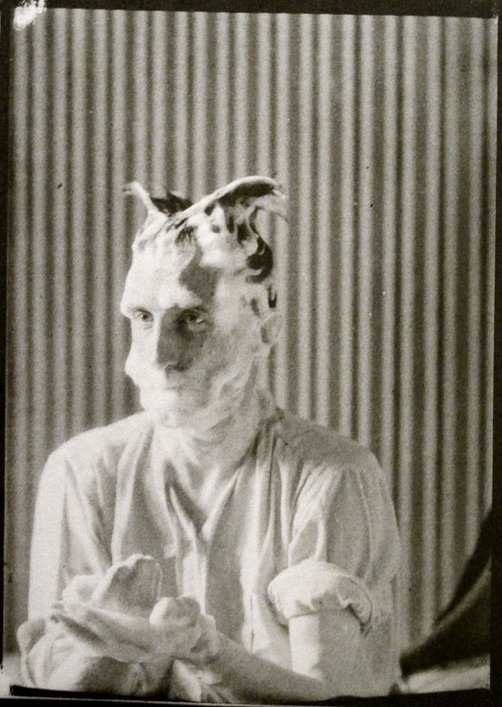 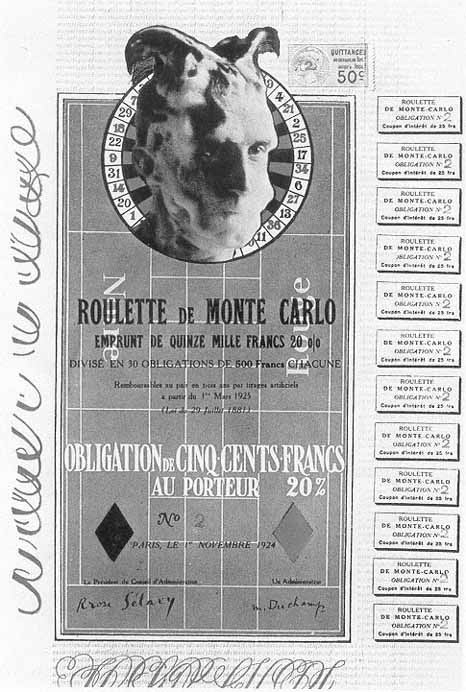