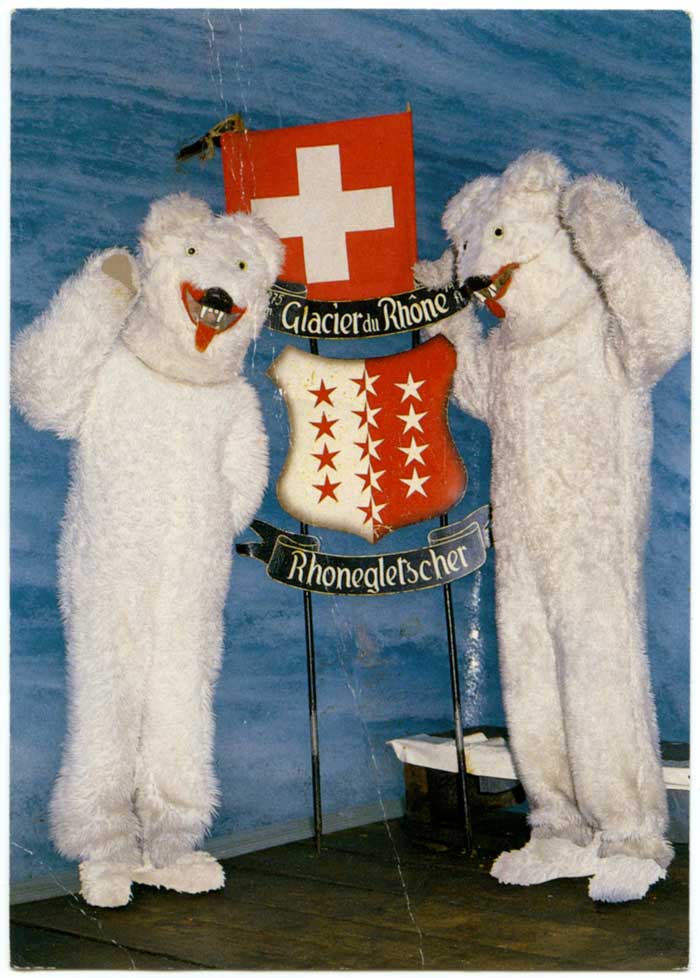 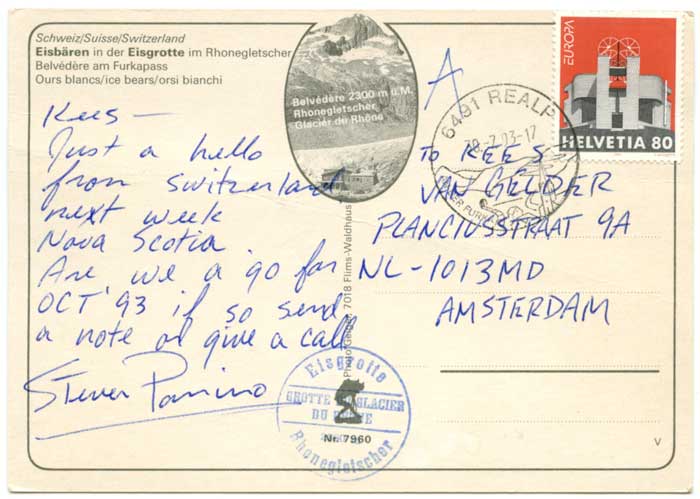 A hand written text on this post card refers to a scheduled solo exhibition in Galerie van Gelder in Amsterdam that took place from 16 October till 11 November 1993. Ad hoc in the gallery space Steven Parrino painted ‘Creeping eye’ (1993), made of lacquer and stitches on canvas. He installed the four canvasses touching each other making that wall piece into a size of 200 x 400 x 30 cm altogether. Years later just after his fatal motor cycle accident in 2005 this works was auctioned for US$ 575.000,- 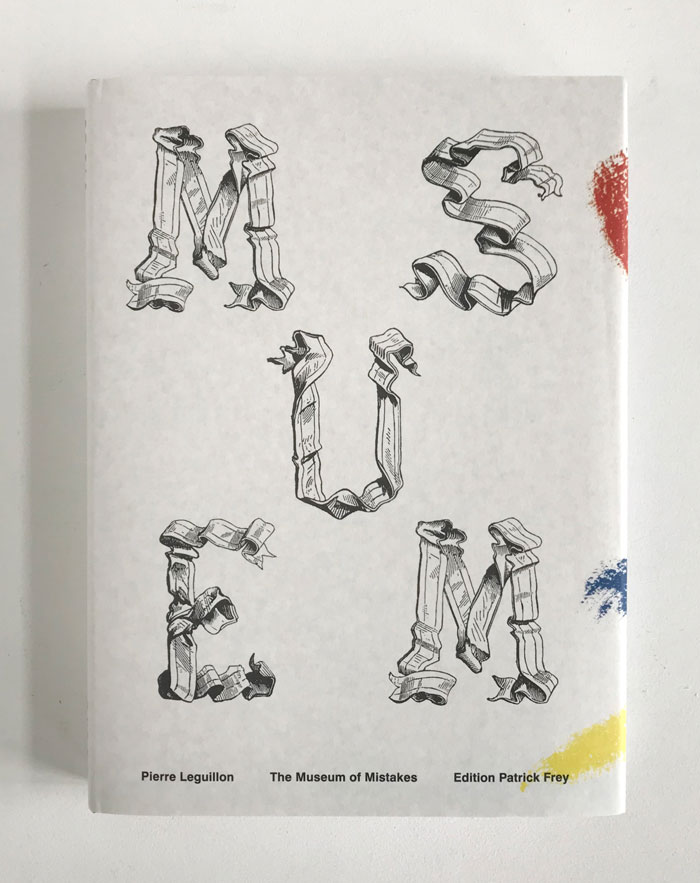 The deceased Indian artist Aditya Mandayam (1983-2019) will never be able to make use of this entrance ticket. The same counts for special edition number 71 that is dedicated to Steven Parrino (1958-2005). These tickets valid for ever are dedicated to these too young died and out spoken artists. KvG

In 2021 a second print was published: This is the first book to present a wide selection of works from the Musée des Erreurs, or Museum of Mistakes. Founded in Brussels in 2013 by Pierre Leguillon, the Musée des Erreurs is a traveling exhibition that encamps in the halls of brick-and-mortar museums—like a traveling circus that comes to town—and then moves on. The rest of the time, the collection is stored in the artist’s studio apartment, mainly in his kitchen cupboards. Most of the items are serially manufactured and of negligible material value: postcards, record sleeves, posters large and small, pieces of fabric, ceramics, folk art, children’s drawings, and other miscellany. 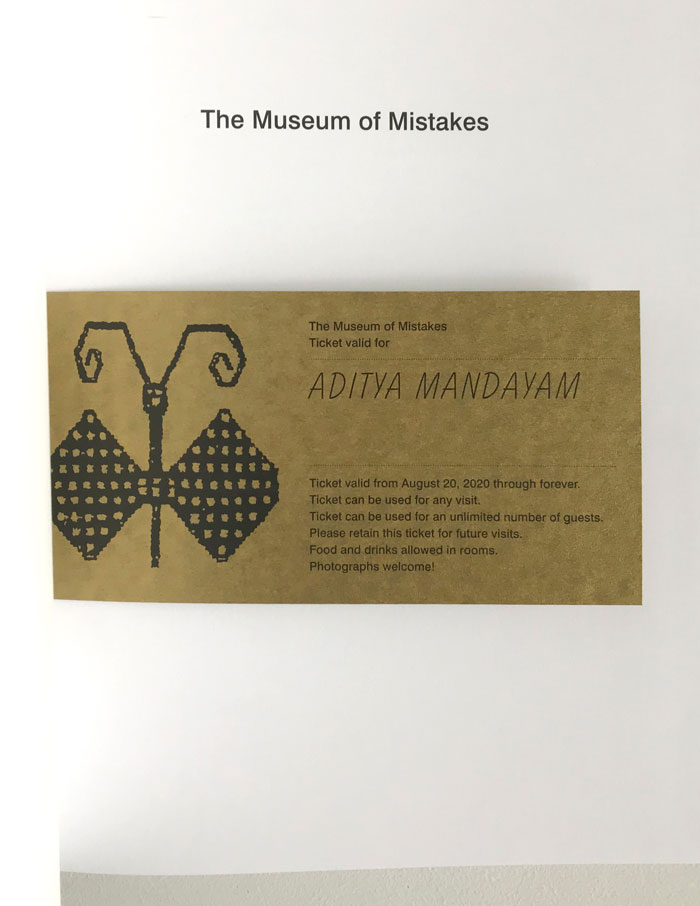 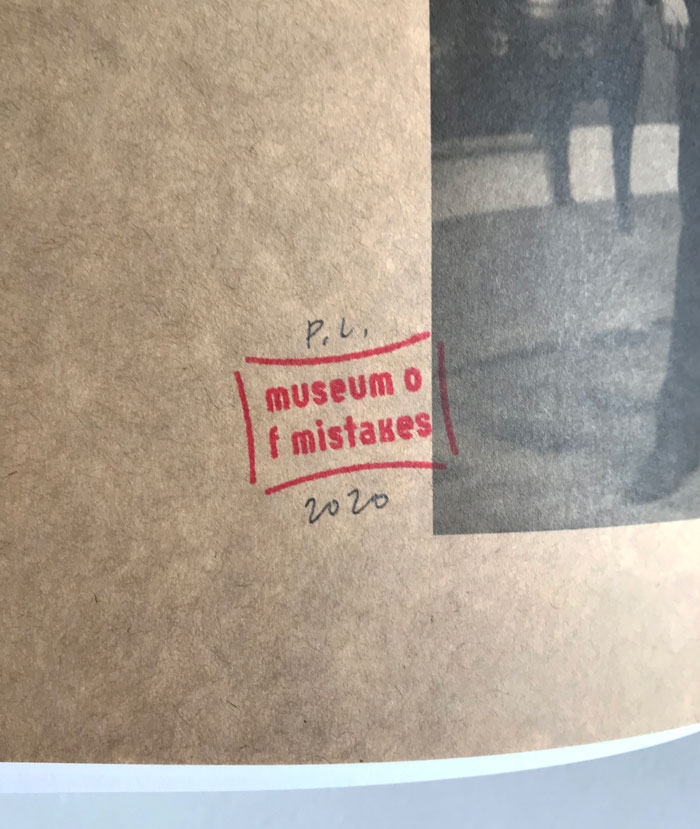 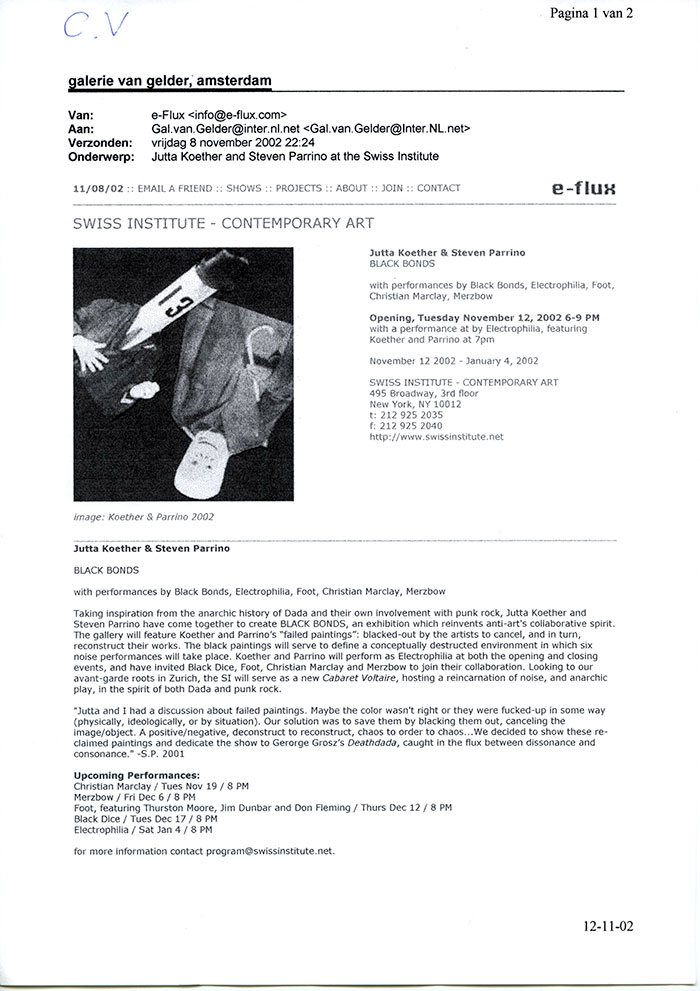 Black Bonds was an exhibition which reinvented anti-art’s collaborative spirit.
‘Our solution was to save them by blacking them out, canceling the image/object. A positive/negative, deconstruct to reconstruct, chaos to order to chaos… We decided to show these reclaimed paintings and dedicate the show to George Grosz’s Deathdada, caught in the flux between dissonance and consonance.’ Steven Parrino 2001
inv.SP 746 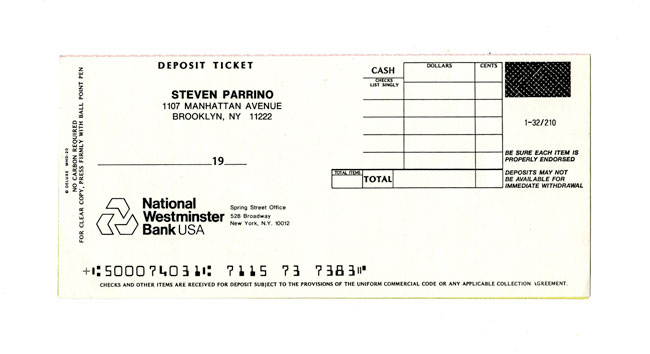 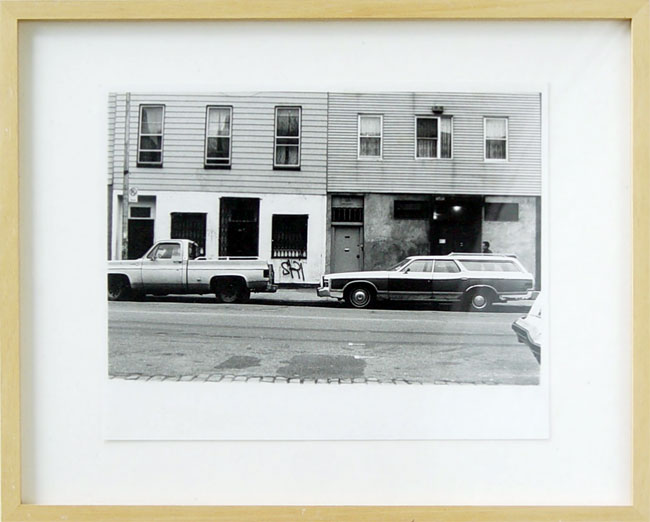 In this picture the cars of Olivier Mosset and Steven Parrino are parked in front of their adjacent studios in Brooklyn. This picture was taken in 1990 and Mosset and Parrino called it their “Studio photo” ever since.
SP 610 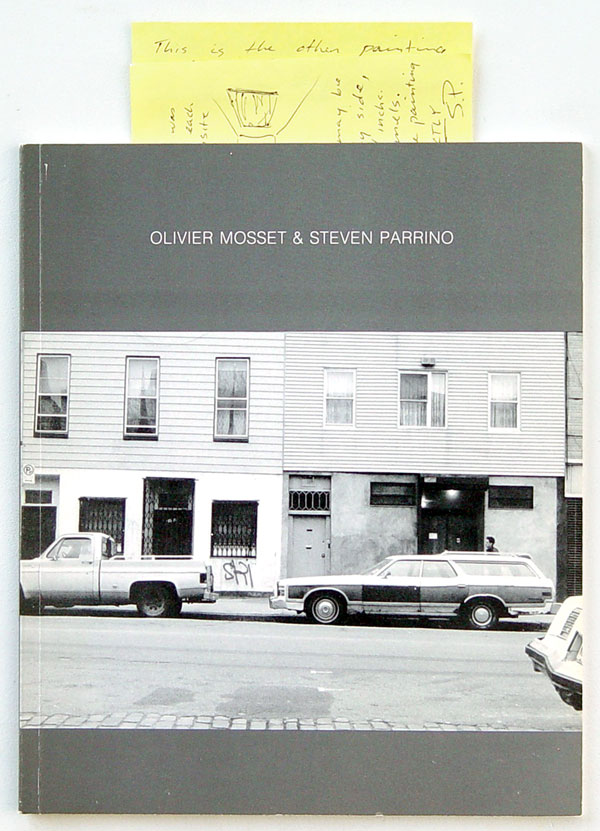 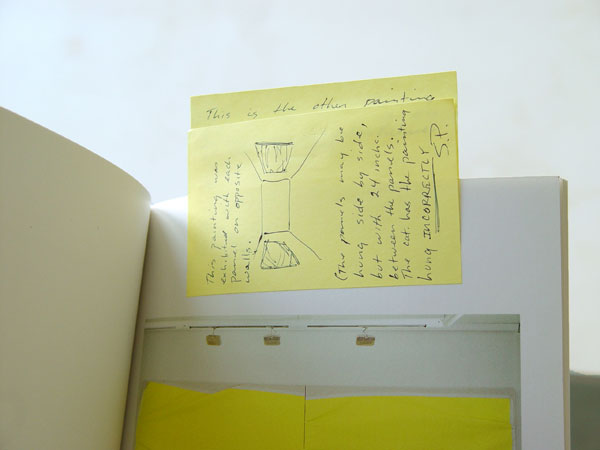 This catalogue “Olivier Mosset & Steven Parrino” is published in 1990 by Galerie Pierre Huber, Geneva, Switzerland. Two Post-it papers were tipped in by Steven Parrino for availability of works to be hung in Galerie van Gelder, Amsterdam. The first Post-it paper contains a drawing describing a wrong hang of one of his paintings as reproduced in the catalogue. 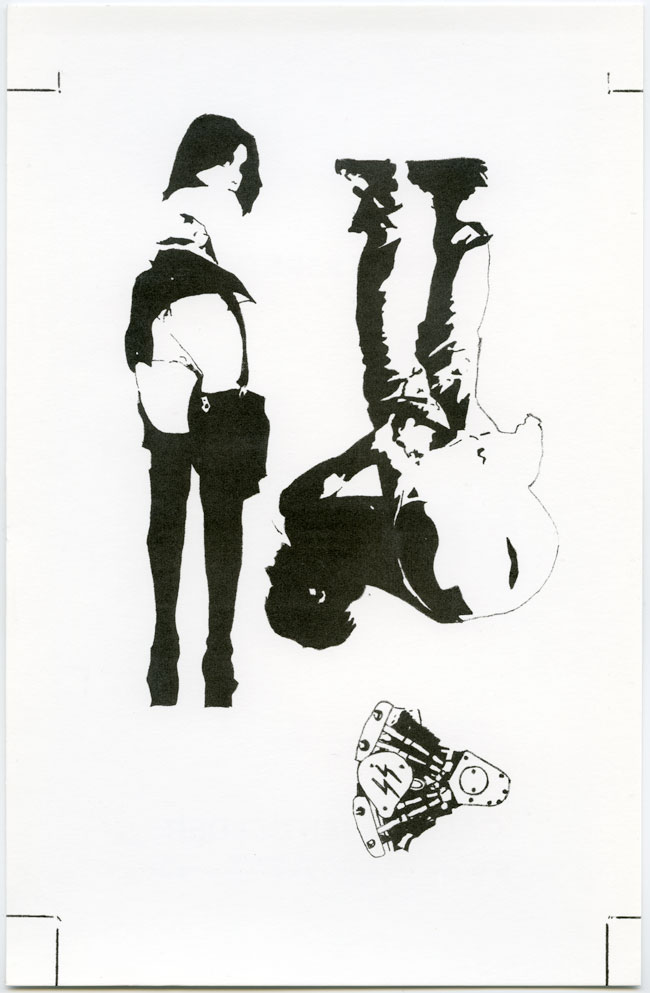 Steven Parrino was known for having a preference for black, i.e. black cloths, black sunglasses, black paint on canvas, black noise, black duct tape (although he preferred to wrap his crumpled canvasses in silver coloured duct tape). Vintage cars, Harley Davidson motorbikes and Chevrolet motor blocks were also among his favorites to use in his art. The shortening “SS” for Super Sport is a signature performance option package offered by Chevrolet on a limited number of its vehicles. All SS models come with distinctive “SS” markings on their exterior. The SS package was first made available for the 1961 Impala. Here Steven Parrino combined a motor block with a mooning Iggy Pop (?) in black and white on an uncut invitation card. For the occasion of his show an improvised edition was issued. 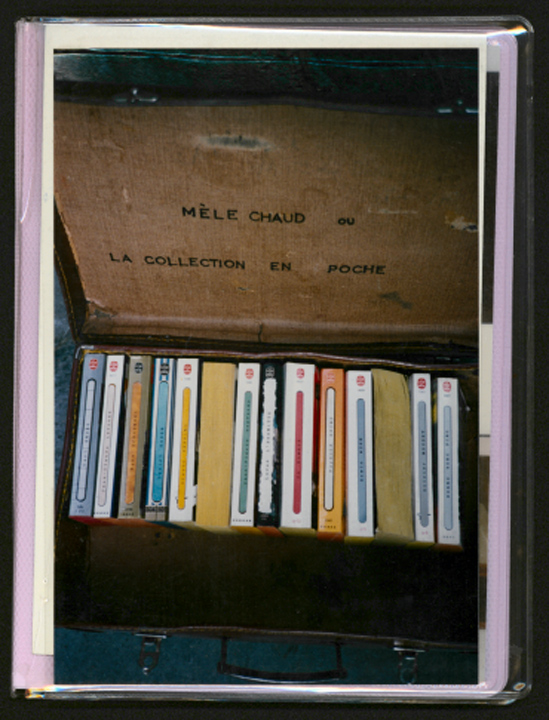 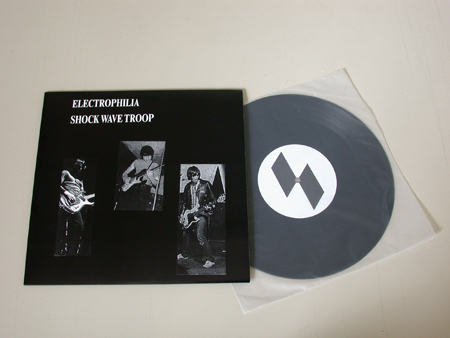 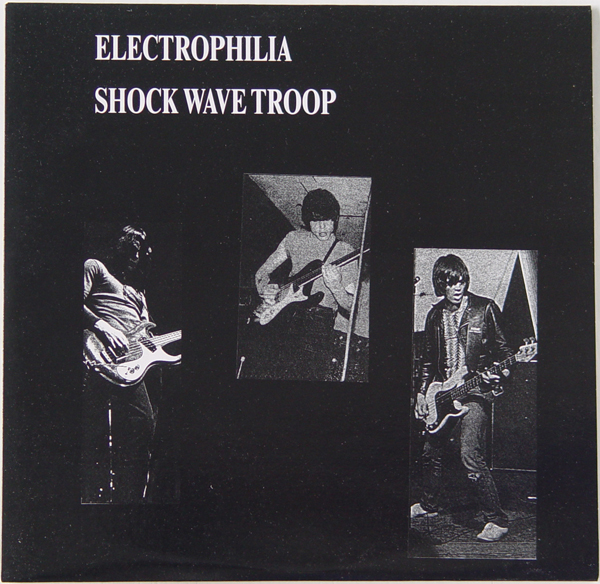 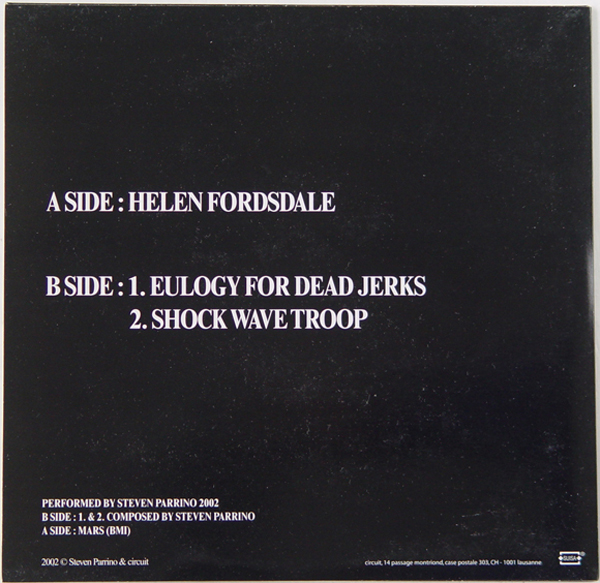 STEVEN PARRINO was among other things known for wiping out texts with his black marker in order to draw attention to the language of the images in photographed printed matter. Here a few pages of a book about the history of the band Black Flag has been reproduced. Less important parts in the text have been eliminated by the artist in order to come to essentials like: “The tortuous music was meant to signify the band member’s intense engagement – most tattooed the Black Flag bars on their bodies – and the frustration of tooling around in the face of poverty and indifference. Black Flag’ work ethic – the constant touring, the fully committed performances, the relentless rehearsals – was a way of working through the pain, drowning it out in wave after wave of noise and adrenaline. As the old joke goes, Black Flag was suffering for their art, and now the audience had to suffer for it, too. Gina even had a name for the approach ‘the blasting concept’, or a sonic assault on the audience. Joe Carducci recalls one show when the band played for over two hours. “By the end,” he says, “people were just straggling away, like from a battlefield.”
The band had become as alienated from its own audience as it was from society in general. “We were trying to play through the audience rather than to the audience.” Stevenson said “We would put our heads down, play as hard as we could, and didn’t acknowledge their existence.”….