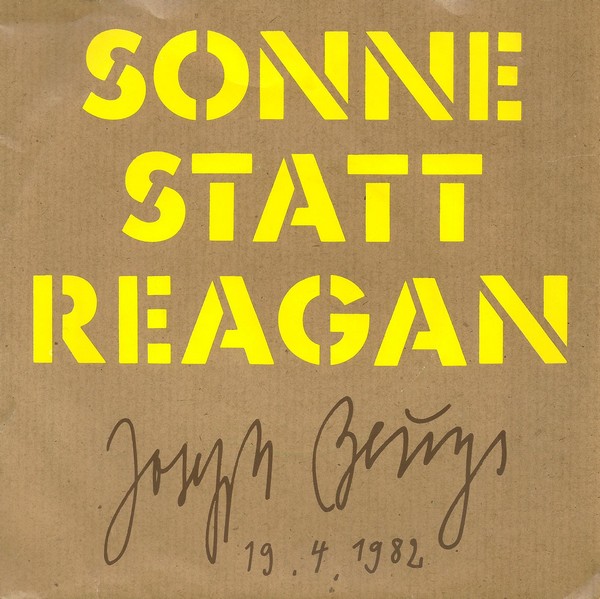 In response to the planned deployment of medium-range nuclear missiles, a large peace movement of the 1960s started in Germany, in which Joseph Beuys was also involved. Being politically committed, Beuys tried his hand with tongue-in-cheek as a pop singer. His song “Sonne statt Reagan” is against Ronald Reagan’s armaments policy. The song was released on record and Beuys appeared in front of a large audience at demonstration meetings of the peace movement. Together with the band Die Desserteure he performed the song in the ARD TV program »Bananas« on July 3, 1982. 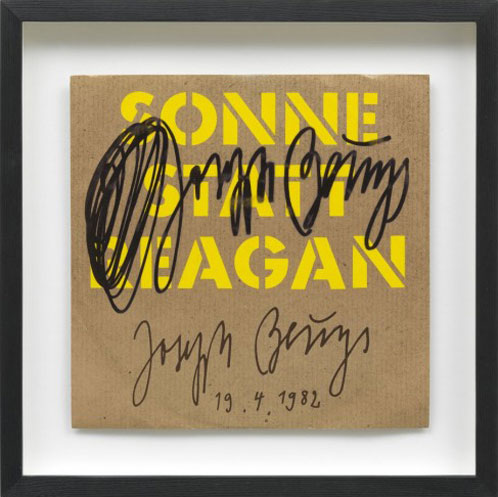 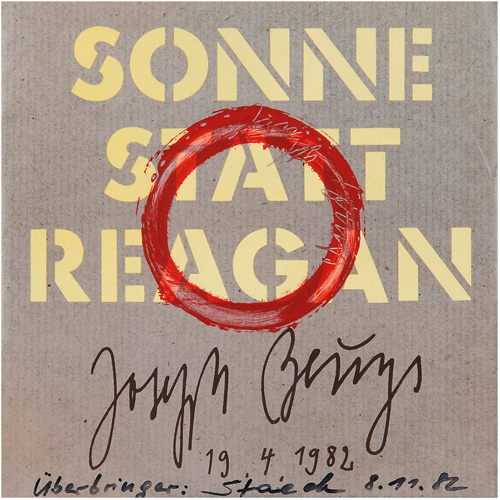