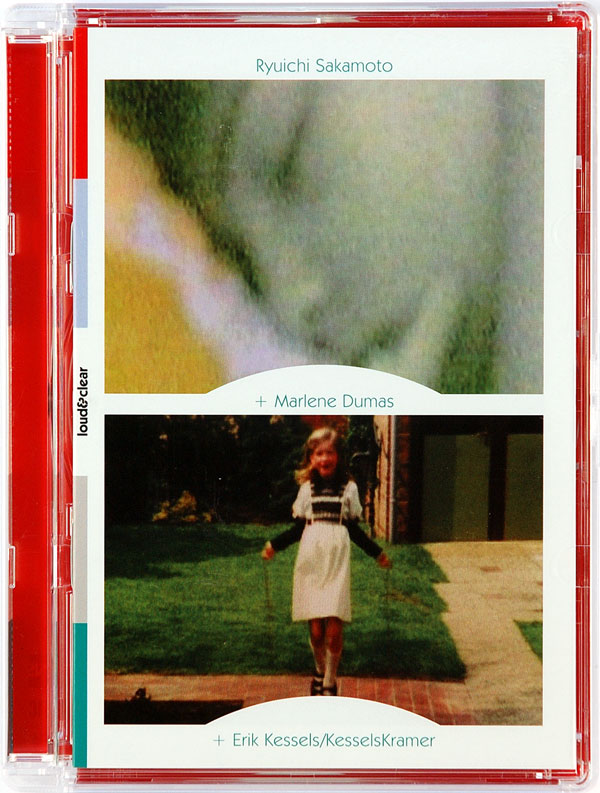 Each DVD of this “Loud & Clear Too” series is provided with a menu for single play and loop play. Therefore the film can also be played as a genuine piece of art on its own. The jewell box contains a booklet of 16 pages with a English text by Dirk van Weelden. 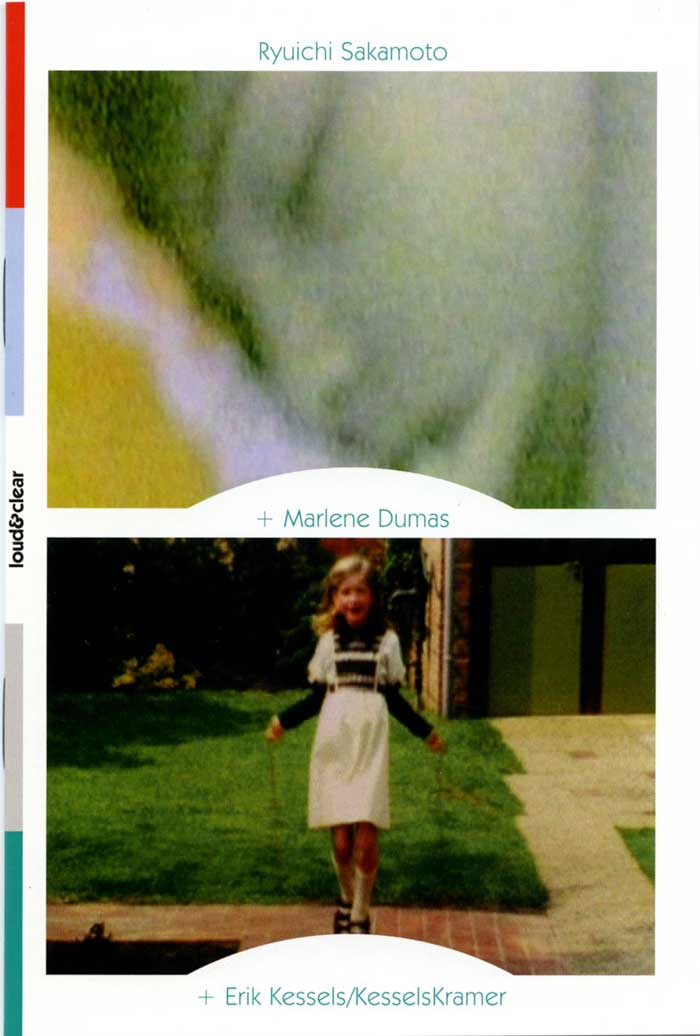 ‘My Daughter’ is the very first film made by Marlene Dumas, commissioned by and specifically made for the Bifrons Foundation (director Thora K. Johansen). Well-known for her paintings and drawings about ‘Helena’ the artist has made a touching vanitas art piece about her daughter innocently sleeping while the eye of the camera moves around in the sleeping room passing a skull on a table as a momento mori suggesting an unknown future. The dramatic slurring music of Ryuitchi Sakamoto gives the work an important second layer to the apparently motherly worries. KvG

This DVD is an unique combination of art and contemporary music. 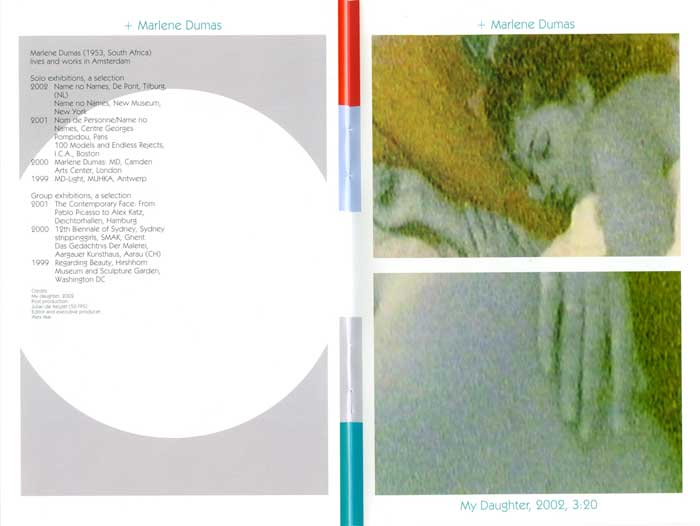 ‘For Marlene Dumas and Erik Kessels it was a challenge to work together with such a well-known (film) composer as Ryuichi Sakamoto. He is used to taking account of the images for his compositions, and in this case he has allowed himself to be inspired by both of them. Dumas and Kessels have been working closely since the start and have based themselves on a common concept.
For ‘My Daughter’ Dumas filmed the sleeping body of her child. It is her first video work and the slightly slowed-down shots and the blurred use of colour make it seem as though she is painting with the camera. The camera glides over her daughter’s body, zooming in onto her hand, her buttocks, her loose hair… We as viewers soon feel like voyeurs as the camera records more than a sleeping girl alone. Willingly or not, something of a Lolita effect crept into the innocent image. As both mother and artist, it seems as though Dumas is aware of this and wanted to show how the erotic slowly but surely takes possession of someone (perhaps this is why there is that one shot of a skull placed somewhere in the room).

Erik Kessels’ contribution is called ‘My sister’ and seems at first sight also an ordinary home movie. Brother and sister are playing table tennis in the garden, with the mother intervening now and then. Styled in the warm brown and orange tones of the Seventies, Kessels has adapted their movements to the whipped up, repetitive rhythms of Sakamoto’s music. Nothing seems able to disturb the idyll – only the music suggests something ominous – until suddenly we are told that Kessels’ sister was killed in an accident twenty-five years ago. This unexpected information causes a shiver to run down your spine and makes the sounds, which are like children’s voices, in Sakamoto’s composition extra cruel. Dumas’s ode to her daughter would seem to imply a sequel, while with Kessels the message is implacable. His sister only still exists by the grace of memory.’ Bifrons Foundation, Amsterdam 2003