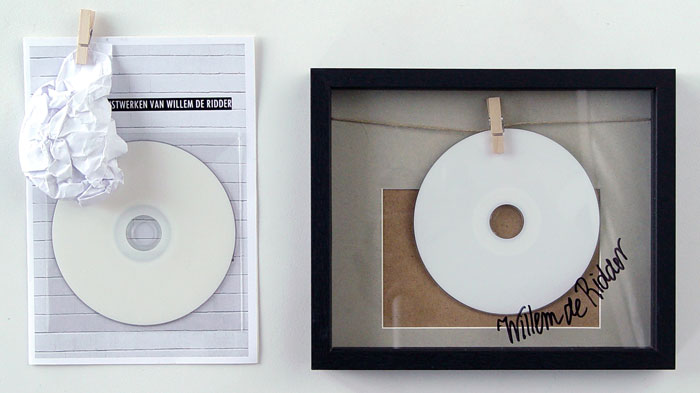 Willem de Ridder decided to have a dvd produced – 8 signed and numbered versions in various editions between 8 and 35 – of a documentary film about his lost artworks in the Stedelijk Museum in Amsterdam. Using walkmans one could rent in a nearby gallery, De Ridder guided visitors through the museum, showing them artworks he had been placing in the museum since the early 1990s.
inv.WdeRid VK8-662